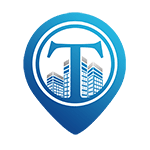 Steve Jeffries is the Co-founder of Precision Realty Group, LLC in 2006. His duties include assisting the firm’s top clients in acquiring and disposing of real estate as well as well as prominent Landlord and Tenant leasing responsibilities throughout the region.

In Center City Philadelphia, Steve has conducted sales and leasing in both prominent areas of the city to the emerging neighborhoods. Just as Philly has grown on the national landscape, so has Steve’s reach in the commercial real estate marketplace. From River to River and from Girard to Oregon Avenue, Steve is a top commercial agent who should be considered for the assignment.

Steve also oversees PRG’s land division. In the Philadelphia region, Steve has conducted sales on behalf of national home builders as well as local developers who have used PRG to sell and acquire property. Since PRG’s inception, the company has sold over 1,000 residential building lots under Steve’s leadership.

In addition, Steve actively represents the region’s top urgent care providers in their real estate expansion plans including Doctor’s Express, for whom he led the company’s Pa. rollout.

Prior, from 2008 to 2010, Steve represented Premier Immediate Medical Care, Inc. in the leasing of 8 locations in the Delaware Valley.

Steve is known best for getting out on the streets and developing personal relationships with all members of the communities he does business in. He works hard for his clients but achieves results by his reputation to respect all clients, prospects and brokers with the same respect.

Prior to forming Precision Realty Group, LLC, Steve was Vice President of Sales for The Wolfington Companies, a development firm headquartered in Conshohocken Pa. His responsibilities included leading Wolfington’s marketing efforts, broker relationship management and leasing and property sales. While at Wolfington, Mr. Jeffries leased over 450,000 SF of retail/office space and sold over $35,000,000 in office/retail/land on behalf of the company.

In 2006, Steve was selected to the exclusive “Top 25 under 40” by the Pottstown Mercury and the Tri-County Area Chamber of Commerce, which honors top young producers in the Philadelphia suburbs.

Prior to joining The Wolfington Companies, Steve was an advertising and team sponsorship account executive with Comcast Spectator, owners of the Philadelphia Flyers and 76ers, where he was responsible for television and sponsorship sales to large corporate accounts on Comcast SportsNet and The Wachovia Center. In the 2002-2003 seasons, Mr. Jeffries led a twelve person sales force in generating new business.

Steve was born and raised in the Philadelphia area and takes pride in that. He is a graduate of Elon University in North Carolina. He is an active golfer so definitely ask him to play in your scramble. Steve now resides in Wyndmoor, Pa. with his wife Michelle and their dog Murphy.