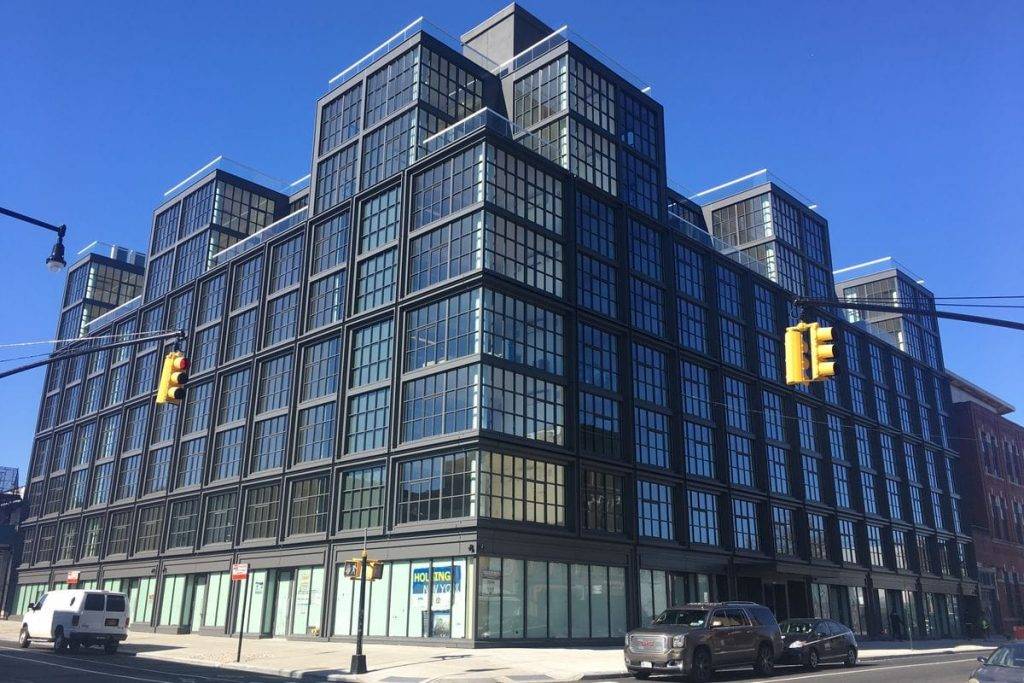 The eight-story building features 120 apartments, 20 of which are affordable

ODA New York’s rental building replacing part of the old Nassau Brewery in Crown Heights is nearing completion, new construction site photos have revealed. The eight-story building comes with a total of 120 apartments, 20 of which are affordable units.

The lottery for those affordable units got underway in January this year with rents starting at $845 per month. The market-rate units are yet to launch, but from the looks of the building, it seems that might be happening very soon.

The project was first announced in the summer of 2014, and three low-rise buildings on the corner of Dean Street and Franklin Avenue were demolished to make way for this rental development. The first rendering for the project was unveiled in October 2014, and the boxy and glassy structure has stayed pretty true to the design.

Future residents of 1040 Dean Street will be able to look forward to amenities like a fitness center, a rooftop terrace, a 56-car parking garage, and bicycle storage. The other section of the old Nassau Brewery is also going residential, but on a smaller scale. That project will create 38 apartments along with retail and span 50,000 square feet.