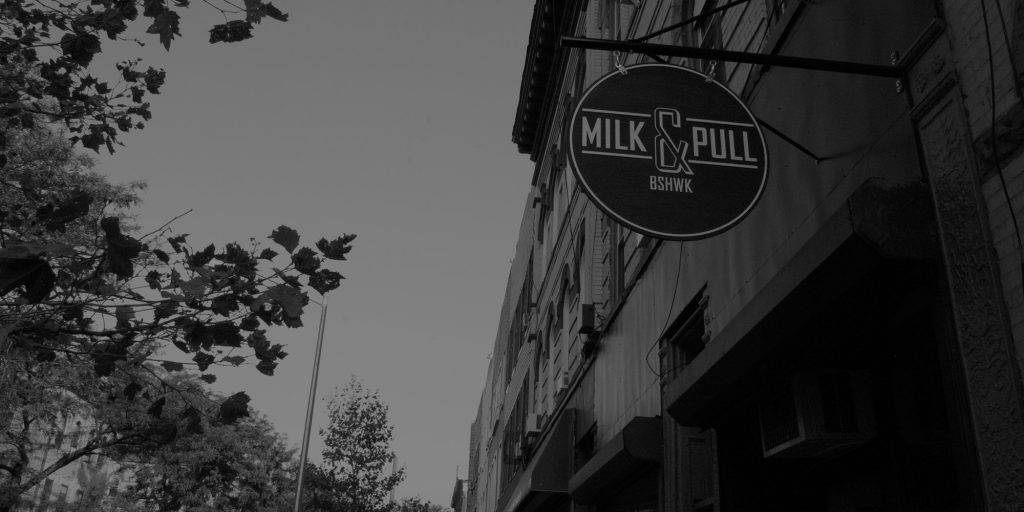 BEDFORD-STUYVESANT — A Brooklyn coffee shop is bringing its newest location to Malcolm X Boulevard this spring, according to the owner.

Milk & Pull is slated to open its third outpost in Bedford-Stuyvesant, bringing espresso and pastries to the growing commercial corridor.

Owners Joe and Angela Austin opened their first shop in Bushwick in 2013 and later expanded with a Milk & Pull in Ridgewood.

“We’ve always loved Bed-Stuy, we live here, and so it seemed like the right step to take,” Angela Austin said of the franchise’s latest spot at 307 Malcolm X Blvd. near Bainbridge Street.

Opening a cafe was a mission close to Austin’s heart, she said, as her grandfather owned coffee farms in Colombia.

“It’s something we’re extremely passionate and proud of, and to be able to bring it to life and share it with everyone is the most rewarding thing,” she said.

The coffee shop takes over the former space of a hardware store and joins the “next wave of businesses” opening on Malcolm X Boulevard, said Tri State Commercial broker Shlomi Bagdadi, who helped close the deal.

In recent months, a juice bar, sandwich shop, nail salon and dog-grooming businesshave opened along the strip and plans are in the works for a ramen restaurant and Japanese tapas eatery.

“You can’t really get a good cup of coffee unless you’re on a main boulevard. This is going to answer that, in my opinion,” Bagdadi said of Milk & Pull, adding that the cafe would provide a meeting spot for locals.

Similar to the other Milk & Pull locations, the Bed-Stuy shop will serve Stumptown coffee, pastries and snacks in partnership with area businesses, Austin added. Additional menu items are still in the works.

Local artists will also be able to display their work in the cafe.

“It’s important to connect with the community you’re in and let them know that this is their space. We’re just so thankful to be a part of it,” Austin said.