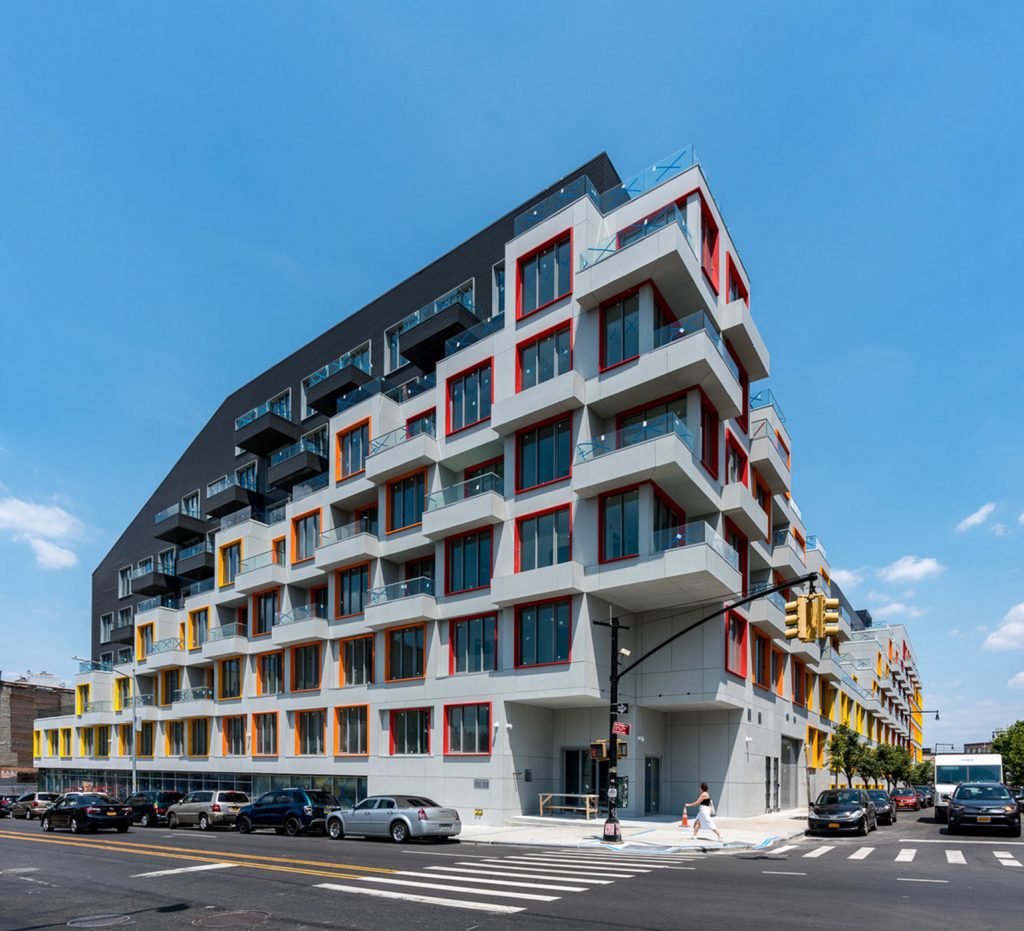 With a tentative deal struck on the controversial 421-a tax credit for developers, construction is projected to continue at a rapid pace with many new buildings in our area. Here’s a quick roundup of what we’ve spotted, both from a birds-eye view and a hyper-local angle — adding up to 73 new apartments, six retail spaces, and two floors of offices proposed for Ditmas Park, Flatbush, and Kensington.

Work permits were filed for a seven-story luxury rental apartment building on Flatbush Avenue near Foster Avenue, according to the Department of Buildings. The permit was originally issued to another applicant in 2008, and the new owner has re-issued the permits with changes, according to the DOB.

The upcoming building is a project from Hello Living, a real estate development firm with nine luxury buildings throughout Brooklyn and eight more in development, including a 12-story high-rise in Prospect Lefferts Gardens.

According to the firm’s website, the building plans include 35 luxury rentals, 7,000 square feet of retail space, private terraces, insulated triple-paned windows and doors, and an on-site gym.

Eli Karp of Hello Flatbush LLC bought the 5,425 square foot lot late last year for $1,750,000, according to PropertyShark. The property was previously divided, and now the new building will rise on three merged lots, according to the DOB.

The building application includes seven stories plus a cellar. Excavation permits connected to the project were approved in June, and it looks like excavation is well underway at the site.

This luxury apartment building would tower over the rest of the block, which is mostly storefronts and smaller apartments.

The Brooklyn-based property owner at this Coney Island Avenue gas station filed applications for a three-story, 45,262-square-foot commercial building at the corner of Foster Avenue in Ditmas Park, reports YIMBY.

The project will hold six retail spaces on the ground floor, office space on the second and third floors, a 42-car garage in the cellar, and eight off-street parking spaces outside, according to the real estate publication.

The development is planned to rise on the same block as PS 217.

The new development would have 26,056 square feet of residential space, with average units measuring 685 square feet, and an 11-car garage in the basement, YIMBY reports.

The building would rise next door to the Yeshiva Torah Temimah, which was recently featured in the news over a settlement for a teacher accused of sexually abusing students.

The project would raze a detached, two-story house built in 1933 that was owned by the Yeshiva and used as an educational facility, according to PropertyShark. Developer Sam Klein’s LLC bought the 5,600-square-foot site from the Yeshiva in May for $3,222,500.