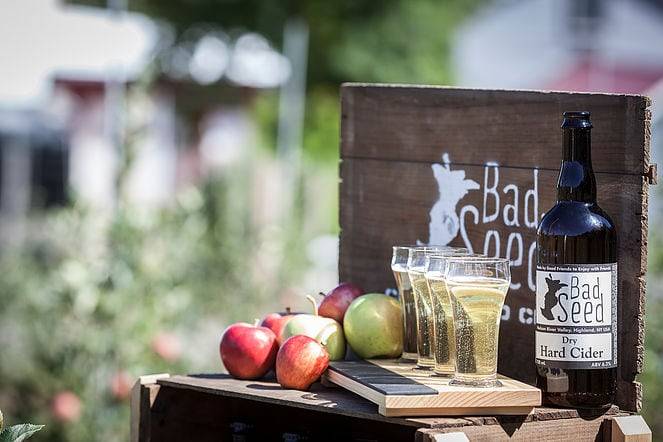 Albert Wilklow, an heir of the 200-acre orchard, inked a 1,100-square-foot retail space on the ground floor of 585 Franklin Avenue between Pacific Street and Atlantic Avenue in Crown Heights for Bad Seed Cider Company.

Bad Seed Cider will have 20 rotating taps, servicing cider made with apples from the more than 150-year-old farm, and other craft beverages from the Hudson Valley region area. It will also offer baked goods and artisanal cheeses. The asking rent in the 10-year deal was about $65 per square foot.

“Franklin Avenue in Crown Heights is a really strong, exciting destination and strip now for a lot of new concepts,” Peter Schubert of TerraCRG, who represented Bad Seed in the lease, told CO. “A lot of new concepts are being tested with success.”

Tri-State Commercial Realty’s Jeremy Nowak and Shlomi Bagdadi handled the deal for the landlord, 585 F, LLC. Nowak and Bagdadi did not immediately return a request for comment.

The cider will be produced upstate and served, along with food, at the taproom. Bad Seed Cider, which has its original taproom at the orchard, will sell exclusive flavors at the Brooklyn site and classic ones, such as ginger cider and India pale cider.

Wilklow chose to open the first New York City taproom in Brooklyn because the family started retailing their apples at local markets in the borough in the 1980s. Thanks to that effort the farm—which had previously been wholesale only—was able to stay afloat.

“I always joked that Brooklyn was my second home because I was there two days a week growing up,” Wilklow said. “You can sell more apples on a street corner in Brooklyn than in Highland in a week. By doing that the farm really turned around.”

As for selecting Crown Heights, the neighborhood is close to one of the farmers’ markets, Fort Greene Park Greenmarket, where the orchard sells its apples.

In addition to Fort Greene Park Greenmarket, the Wilklow Orchards sells its produce at Grand Army Plaza Greenmarket and at the Staten Island Ferry Whitehall Terminal Greenmarket in the Financial District.

Wilklow and his childhood friend and business partner Devin Britton started Bad Seed Cider four years ago because turning apples into cider allows them to sell more merchandise over a longer period of time.

“Doing farmers’ markets and selling fresh produce that we do, there is a lot of risk involved” because the apples rot after a while, Wilklow said. “The type of cider that we make it’s a lot like making wine. You can package it and a year later it will only be better. It’s not going to go bad on you.”

PrevPrevious1308 Myrtle Ave
Next168 Wilson Ave | Beauty Salon in Bushwick!Next
Back to top