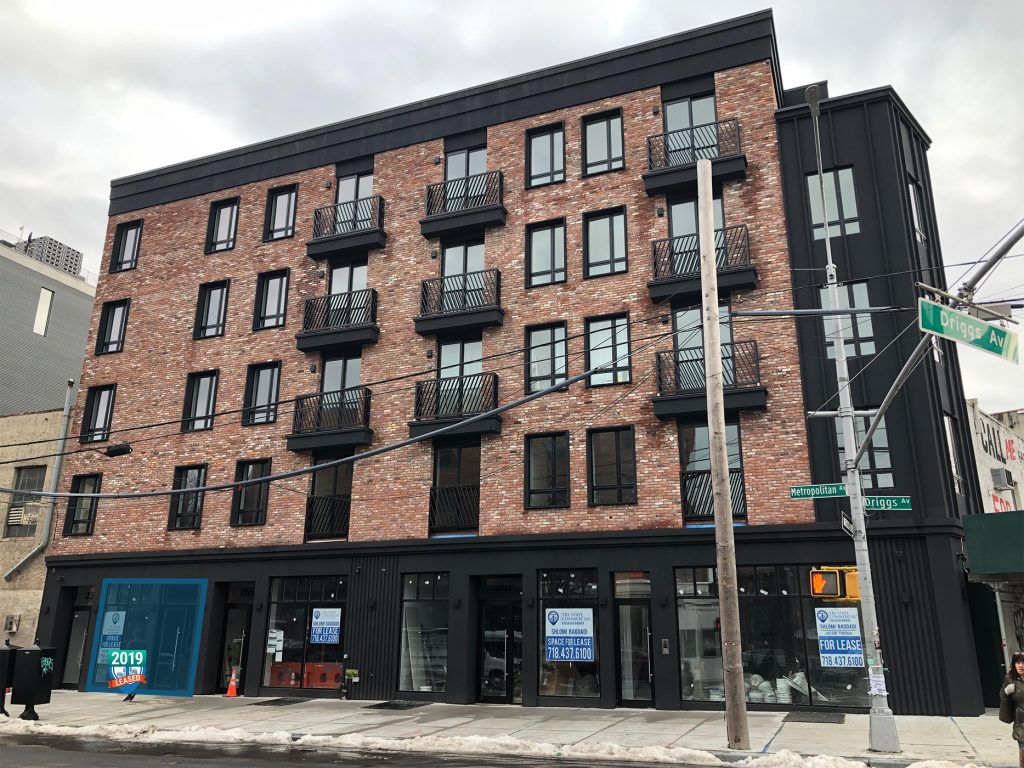 Tipsy Scoop inks a lease for a ground floor retail in prime Williamsburg!

For owner Melissa Tavvs, ice cream production was a family tradition. Tavvs reveals that her great, great, great grandfather moved from the “mountaintop town of Picinisco, Italy to Glasgow, Scotland. [Where] he made ice cream at home and sold it from a pushcart as he walked the city streets. Eventually, he opened his own ice cream shop and brought his sons into the business.”

She then took the family tradition and tweaked the recipe, adding a “modern boozy twist” on the ice cream. With the combination of familial customs and different liquors, Tipsy Scoop was approximately established in 2014. Tavvs, launched Tipsy Scoop, primarily to cater events with her homemade ice cream recipe.

Afterward, the ice cream maker began to sell her pints of ice cream in upscale grocery markets like Whole Foods and Gristedes. As amazing as this new opportunity for Tavvs was, her product belonged to an entirely new category of off-the-shelf desserts that could not be purchased by shoppers under the age of 21.

Facing the difficulty of product placement in supermarkets, fans followed a viral Facebook video that led them to the company’s production center. Tavvs directed them back to the grocery stores and explained that the production facility wasn’t an actual ice cream store. Inspired by the incident, the owner realized she needed to open a store that was easy for people to find.

Eventually, Tavvs opened the city’s first alcoholic ice cream parlor on May 7, 2017. Two years later and she is venturing off to her first Brooklyn location.

Located near the L train at the Bedford Ave station and the Metropolitan Ave G train. A few steps away from the B62 and Q59 bus stops. Neighboring tenants include Apple, Equinox, and Capital One.

The boozy ice cream shop is set to open spring of 2019.